The Minnesota Ballet stands in the Midwest as a premier professional ballet company providing the region with high-quality performances of works in a variety of dance styles, masterworks, and story ballets including its popular productions of “The Nutcracker,” “Sleeping Beauty,” “Cinderella,” “A Midsummer Night’s Dream,” and “Dracula.”

To train future professionals, the School of the Minnesota Ballet offers fine ballet training in its school year and Summer Intensive, taught by former and present professional ballet dancers. The Creative Dance class provides adaptive ballet instruction to children with developmental challenges; the Teen/Adult Division offers dance and conditioning classes. To introduce area children to this athletic performing art, the Ballet offers outreach programs at area schools and an annual Student Enrichment Matinée at Symphony Hall. The Ballet welcomes all to experience the delight and drama of dance!

Although Duluth had a history of organized orchestra performances as far back as 1883, it would not be until 49 years later that the first public performance of the Duluth Civic Orchestra would be organized on May 2, 1932.  Performances by the ensemble occurred at the Duluth Armory until Symphony Hall at the DECC (Duluth Entertainment and Convention Center) in 1966. In the 1974-75 Season the name of the Orchestra was officially changed to Duluth Superior Symphony Orchestra to reflect the close cultural and economic relationship of the two port cities.

Our mission is to enhance our community through the performance of symphonic music that engages and inspires.  During the 2019-20 Season the DSSO will perform 9 programs over 11 concerts at the DECC (6 Masterworks and 3 Pops programs, with one of each being repeated as part of a new Casual Concert series).  Additionally, the DSSO supports a robust Youth Orchestras Program that performs 5 concerts from September through May each school year with more than 130 students. The DSSYO is the third oldest in the nation.   The DSSO’s Symphony Chorus is a volunteer group that performs at least two concerts with the DSSO each season, in works ranging from opera to masterworks of the choral repertoire. Finally, our innovative Beerthoven chamber music series will reach new audiences with performances at 17 local breweries, cideries, and bars in the Twin Ports region.

Since 1900, Matinee Musicale has presented a series of classical chamber music concerts to the community, as well as establish a College Awards Scholarship Recital, where we feature 12 talented student musicians, each chosen by the music departments of the University of Wisconsin-Superior, The College of St Scholastica, and the University of Minnesota-Duluth, and each receiving a monetary award from our Scholarship Fund.  For many decades, we have produced a four-concert series, with the emphasis of presenting young rising artists from all over the world. Many of these young artists have gone on to great acclaim: Daniel Barenboim, Garrick Ohlsson, Joshua Bell, Dawn Upshaw, Leif One Andsnes, Ying Quartet, and Sasha Cooke to name a few.

Our nation’s history shows us two Americas. The first, a rural, agrarian society where most people lived and died in less than a couple of days on horseback from where they were born. The second is today’s world leader. The transitional force that moved America was the industry that literally moved America, the Railroads.

People, products and ideas traveled on trains.  The Transcontinental Railroad connected America.  Iron ore from Minnesota, limestone from Michigan and coal for the Allegany Mountains moved to the steel mills of the Monongahela Valley. President Abraham Lincoln wrote the most stirring and poignant of his speeches on the train to Gettysburg.

The idea to preserve that history started in the late 1960’s. It was a dream to save an historic downtown train station as an Arts, Culture and History Center, and to preserve railroad history for future generations to appreciate and learn from.  Don Shank, Wayne Olson, Leo McDonnell, Frank King and Shirley Swain were the visionaries, hundreds of hardworking volunteers then, since and now built the cornerstone of the Depot, the Lake Superior Railroad Museum.

The Museum was voted by USA Today as the “BEST Transportation Museum in America.”

Adding a working tourist railroad, the North Shore Scenic, with tracks connecting downtown Duluth to the iconic North Shore Community of Two Harbors, was the culmination of years of planning.  Today the railroad history preserved and on display in the Lake Superior Railroad Museum becomes living history working on the North Shore Scenic Railroad. Together we are one of Duluth’s top tourist attractions with over 150,000 guests/passengers and visitors a year.

The success of the Museum and Railroad is measured in many ways.  We’re most proud of our volunteers and our members. Both are at their highest level in the over fifty-year history of our two proud organizations.  Come join us!

The general nature and purpose of the Society shall be the discovery, preservation, and dissemination of knowledge about the history and prehistory of St. Louis County and the State of Minnesota.

​#HistoryMatters!  Understanding our past can help improve our present and future.  It establishes our roots, builds community pride, and preserves a record of who and what we are.  The St. Louis County Historical Society has been collecting, preserving, and presenting information about communities in and around Duluth since 1922.  We maintain a museum, a variety of traveling exhibits, the Lake Superior Ojibwe Gallery, and the Veteran Memorial Hall Program.  We also partner with the Lake Superior Railroad Museum, the University of Minnesota Duluth Kathryn A. Martin Library, and six Iron Range affiliated historical organizations.

Founded in 1914, the Playhouse is one of the nation’s oldest community theaters and produces a year-round season of dramas, musicals, and children’s productions.

In May 1977, the Duluth Playhouse moved into a new space at the St. Louis County Heritage and Arts Center, better known as The Depot, at 506 West Michigan Street. This beautiful 282-seat theater was designed with continental seating with generous space between the rows and excellent sightlines from every seat. The Green Room, dressing rooms, costume and props storerooms, and a substitute rehearsal space are all on the lower level. The Playhouse season expanded to seven mainstage shows plus a children’s production.

Today the Duluth Playhouse brings the finest in entertainment and theatre arts opportunities to Minnesota’s Northeast Region. Featuring local and professional artists, The Playhouse hosts a year-round season of live theatre. With the Children’s Theatre Arts program, The Play Ground Theatre, and the new Conservatory for the Performing Arts, there are opportunities for everyone to explore, learn, and perform. 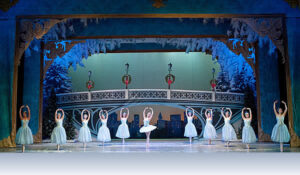 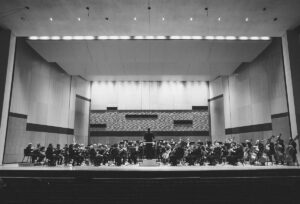 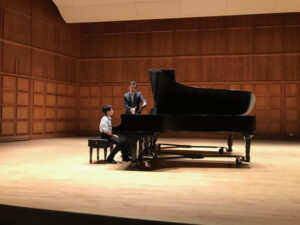 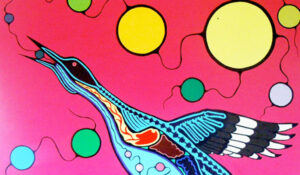 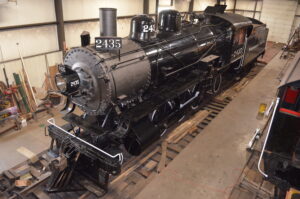 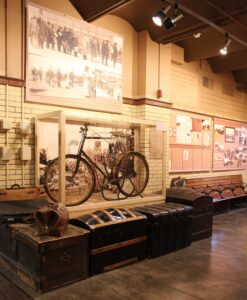 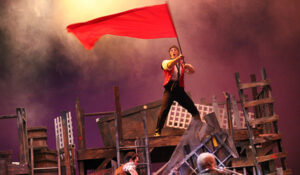 Get Connected to the Depot Foundation today